Hello, let us tell you a story of one really important day of the year – the Earth Day.

On January 28th, 1969, a well drilled by Union Oil Platform A off the coast of Santa Barbara, California, blew out. More than three million gallons of oil spewed, killing over 10,000 seabirds, dolphins, seals, and sea lions. As a reaction to this natural disaster, the Earth Day was created.

In 1969 at a UNESCO Conference in San Francisco, peace activist John McConnell proposed a day to honour the Earth and the concept of peace, to be celebrated for the first time on March 21, 1970. He also introduced the Earth Day Flag and suggested using the tune of ‘Ode to Joy’ by Beethoven as the Earth Day anthem. It is also the anthem of the EU.

The first Earth Day was celebrated in San Francisco on April 22, 1970. This celebration was not originally intended as an ecologically focused celebration but also as a left-winged meeting of people who protested against the war in Vietnam.

“Earth Day is the first holy day which transcends all national borders, yet preserves all geographical integrities, spans mountains and oceans and time belts, and yet brings people all over the world into one resonating accord, is devoted to the preservation of the harmony in nature and yet draws upon the triumphs of technology, the measurement of time, and instantaneous communication through space.

The rest of the world joined the USA in 1990. Nowadays the Earth Day is celebrated in 193 countries and some of them also celebrate ‘The Earth week’ which focuses on environmental problems our world is facing today.

In Vsetín the Earth Day is traditionally organised by Leisure centre ‘Alcedo’ which cooperates with other local institutions and media. Its aim is to raise ecological awareness among children from kindergartens, primary schools and general public. This year the Earth Day took place on April 20 in the local park in Vsetín and was visited by over 500 children from local schools. The main theme was “Get to know the environment and then you will know how to help it”.

Our planet is a home for us and that is why it is really important to protect it against devastating impacts of all kind of human activities and save it for the future generations. 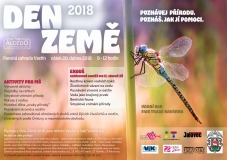 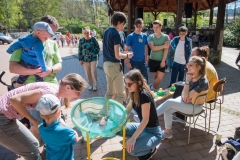 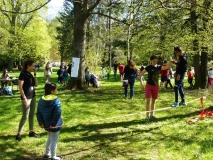 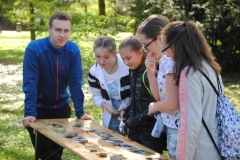 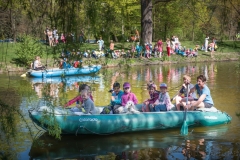 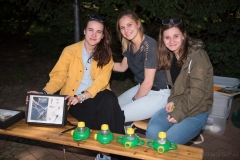